ALL THE BEST
SUSANNE & MANKAN

Google translated article that should be of interest for our Sri Lankan friends.

The Swedes started electric car companies in East Africa – expanding to Sweden
Swedish opener Opibus converts fossil-fueled safari cars to electric cars in East Africa. But now the company is going to broaden its operations and establish itself in Sweden. Read more here and see the interview with Filip Gardler, one of two CEOs at Opibus, in Di-tv Motor.

Opibus started rebuilding safari vehicles for electric cars in Kenya as late as 2018. The company also works with renewable energy and in building infrastructure for charging electric cars in the country. By 2021-2022, approximately 1,000 vehicle conversions will be made per year in East Africa.

But the safari industry is just an entry-level market. Now the company also builds motorcycles and works with charging infrastructure.

“There are around 1.2 billion vehicles in the world that are fossil-fueled. Replacing these with newly manufactured electric cars is neither financially nor resources justifiable. By converting to electric power, we instead see the existing vehicle fleet as a platform for more sustainable mobility, ”says Filip Gardler, one of two CEOs at Opibus.
In Kenya, the established car manufacturers have not invested in selling electric cars. But the local market exists.

“The region has been a dumping market for yesterday’s technology, not just in the automotive and transport industries. But thanks to lower maintenance and fuel costs, there is a great demand for electric cars. And then you are willing to compromise, with, for example, reach, to take advantage of the savings it entails to run on electricity. ”

Opibus uses lithium-ion batteries, but with iron phosphate and not cobalt, which is the most common in the automotive industry. The batteries used by Opibus have lower energy density, but on the other hand can withstand far more charge cycles.

Choosing a different battery chemistry means that the company is not affected by any component shortage in terms of batteries.

”We have a well-established partnership with our current supplier and have production lead times in just a couple of weeks,” says Filip Gardler.

Driving an electric car in Kenya is quickly becoming a profit business, both environmentally and financially.

”You have 80 percent renewable electricity in the energy mix and the country has an excess electricity thanks to the rapid growth of wind, solar and geothermal energy.”

Opibus expects within a year to make about 1,000 conversions on a yearly basis in Kenya.

”Authorities, politicians and the business community are very welcoming, you see opportunities for a technology boost, local production and a reduced need for oil imports,” says Filip Gardler.

A similar operation will soon be in place in Sweden as well. Now the company is looking for both staff and premises.

“We have long thought about how we can take on a slightly more mature market like Sweden. But we see that we can lower the cost of the transition to electrified transport here as well and create an alternative to new purchases of electric cars. ”

The basic price of a conversion from Opibus varies depending on the vehicle, but starts at SEK 100,000-150,000 and then you get a range of about 20 km, but if you want to build more battery capacity.

So far, the conversion industry is in its infancy, with a few startups in the world. But Filip Gardler believes the market will accelerate.

“I am absolutely convinced. For example, in our French partner company Phoenix Mobility, we received about 5,000 inquiries in a short time, without any marketing whatsoever. And, as I said, replacing the existing vehicle park with newly built electric cars cannot be done. It’s about reducing the cost barrier to reach new consumer groups and accelerate the sustainable transition, ”says Filip Gardler. 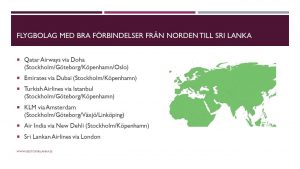 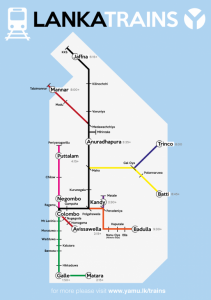